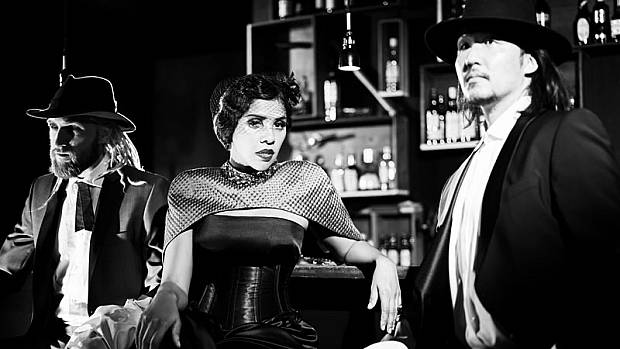 Alice Francis is the first lady of Neo-Swing. She takes the Swing of the Roaring Twenties, pimps it up with electro beats, hip hop, pop and R'n&#39B. No decade seems safe from her. Her voice, in which she borrows from Jazz greats such as Billie Holiday or Eartha Kitt, plays with Jazz, Rap and Scat singing. Francis, or Miss Flapperty - a name that combines the words Liberty and Flapper and has stood for self-confident women since the Swing era - sees her artistic role model in the spirit of Josephine Baker.

In many cases, books become films. With Alice Francis, once again, everything is different - because here, films become music! For "Club Noir", the third album by the special trio, singer Alice Francis and her two musician gentlemen Goldie and Chul-Min let themselves be infected and inspired by her passion for classic Hollywood. In addition to her penchant for costumes and characters, it was above all the stories that fascinated Alice. Traces of this fascination can already be found on her debut album “St. James Ballroom" from 2012 as well as on the 2017 successor "Electric Shock". But with "Club Noir", Alice Francis and her two gentlemen take "story-telling with music" to a new level.

As a kind of conductor, Goldie takes on the main part of the musical responsibility. The tracks he arranges and produces are more than just the sounds between Alice Francis' lines. Just like in film, the main roles in music stand and fall with their staging. And so, each of the 15 songs on “Club Noir” tells its very own story: about lust and love, about longing and failure, about cats and killers. 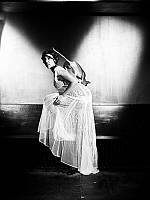