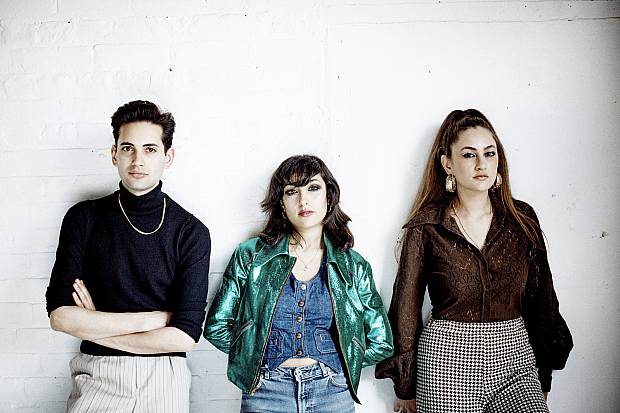 Described as “a gift to those of us who still believe in magic” (The Observer), London siblings Kitty, Daisy & Lewis Durham are awesomely talented songwriters and multi-instrumentalist musicians.

They have sold over a quarter of a million albums worldwide, sold out headline tours, played Bestival and Glastonbury numerous times, they’ve opened shows for some big names -hello Mark Ronson and Coldplay. Starting out young, they have inspired audiences and gathered an impressive fan base from Amy Winehouse and Eagles Of Death Metal to David Lynch.

Kitty, Daisy & Lewis have come a long way since they broke through in 2006 with their second single, ‘Mean Son Of A Gun’. The trio of siblings, from a musical family – dad, Graeme Durham, an engineer at London’s Exchange studio, mum, Ingrid Weiss, the former drummer in post punkers ‘The Raincoats’ – have since then cemented their reputation with three critically acclaimed albums, 2008’s self titled debut, 2011’s ‘Smoking In Heaven’ and 2015’s ‘The Third’, and their most recent fourth, ‘Superscope’, which is quite frankly their most accomplished to date.

"Superscope is an addictive album, shooting clean and pure into your veins. Add this to your party mix and just try to keep your hips from shaking." - Soundblab

Their third album Kitty Daisy & Lewis The Third is a sparkling analogue production, produced by Mick Jones of The Clash, and recorded in a derelict Indian restaurant in Camden Town.