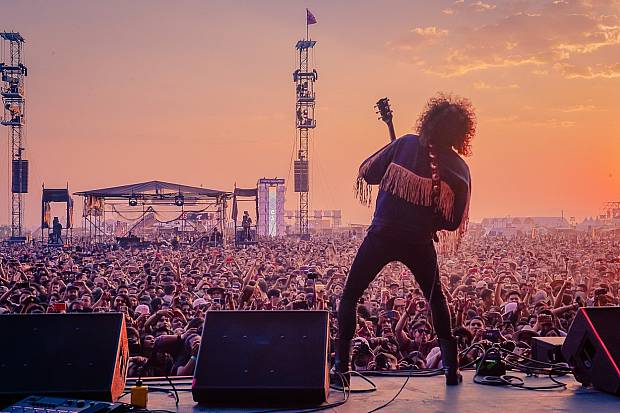 Around March 2020 the world took a break from live music with the onset of a worldwide pandemic, incase you hadn’t heard? When the world stage shut down, Wolfmother's Andrew Stockdale took to the home studio playing all of the instruments, crafting out album #6, “Rock Out”. With mental health becoming one of the most prevalent issues during the pandemic, Stockdale used the majesty of rock with all of it’s chakra healing qualities to guide himself with the creation of “Rock Out”. The idea of Rock’n’Roll giving pure transportation to a better place amidst all of the monotony of daily covid life became a self help cathartic release delivered with a New York Cab driver twang. If you can’t travel during a pandemic, you can get in a cab straight to Hells Kitchen with this little number.

Moving along it’s time to go trans Atlantic back to the mother land of British Rock with the familiar yet unfamiliar “Feelin Love” it’s Cream, it’s Deep Purple, it’s some other band who knows but it’s 2021 and it’s fresh off the ranks in the form of Wolfmother. The track, swings and pumps along in it effortless, unaware manner, then leaves you hanging for a massive POG induced, riff laddened chorus with “Feelin Love”.  Then it’s time for some angst and existential crisis with the self imposed neurosis of “Humble”. Life has become extremely pragmatic and the world has been contact traced into the wrath of drop D relentless riffage. With enough tension to melt a Marshall amp the “waiting for Goddo” type theme entertains the daily musings of delusion and procrastination. This is resolved in humility to accept ones fate and do the best one can. It is a silent victory essentially over nothing except daily existence with a song to show for it. After completing this all on electric drums and plug in amps ... and everything very digitised and laptopish.

Stockdale contemplated the idea of re-tracking with live drums with over dubs. Rather than going to L.A to a fancy studio that looks good on paper, Stockdale went local and recorded the whole record for the most part in his home studio, with a local 19 year old second year student from SAE Insitute in Byron Bay. Yes the Grammy award winning, multi platinum artist put his creative vision in the hands of a  local, novice with little experience. Maybe there’s a side of Stockdale that achieved this success while being a novice with no experience himself, sometimes unbridled youthful enthusiasm will get the results un denounced to itself. Though the ears don’t lie and if it sounds good that’s all that matters. From here Stockdale called on longtime touring cohort Hamish Rosser to contribute drum duties. Most of the record was tracked in one day in Stockdale’s front room in time for school pick up. Did someone call this &#39Dad rock' ... ?  So the drums were smashed out in one session. Then a few more songs were written just to beef it up and give it some extra  kick ... tracks such as “Outside”, “Only Way” and “Humble” were last minute creations, that were now rehearsed and fleshed out with a band at Stockdale's new Wolf Cave (which was a former art gallery up at “Bangalow Plaza”). A legendary veteran of many a great record, Paul Pilsnenks dropped in to engineer “Humble” which was completely tracked in about 3 hours one night in September 2021.

All in all, this record in it’s various incarnations from demo to live band recording was in it’s gestation period for about a year and a half. Also Alexx McConnell stepped in on bass duties for “Humble” and “Only Way”  becoming a local recruit for shows after all of the travel restrictions that were made throughout the year, which afforded Wolfmother to do online gigs and a handful of local shows. One could say this record was an ode to the front men and riff masters of yester year via, London, New Jersey, Birmingham through to Pasadena then Byron Bay and back;  it’s a soundtrack for an imaginary stadium tour of 1982 that never happened. Yet it exists none the less in Mp3 and WAV format on your chosen digital platform be it iTunes, Spotify, Apple Music etc. May the algorithms be kind and get this thing heard by many a fan and possible new fans, keeping the Rock’n’Roll dream alive. Remember when in doubt, 'Rock Out!' 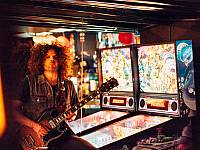